Argentina, the southernmost country on the map of South America, is a land of diverse geography incorporating almost everything from humid jungle to harsh deserts. With jaw-dropping natural wonders, an abundance of outlandish wildlife, Spanish style colonial establishments, and cities brimming with wonderful cuisine and energetic culture, Argentina should be on top of the hit list of any avid traveler. Here are 10 best Argentina tourist attractions you should not miss out on your Argentina trip: 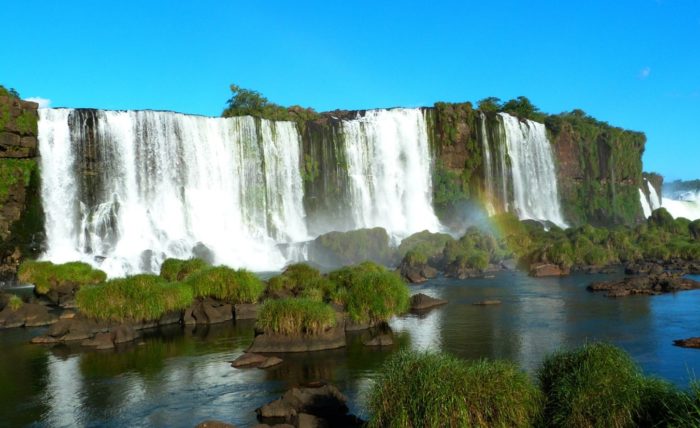 Adjacent to the borders of Brazil and Paraguay, in the northwestern part of Argentina, lies the crown jewel of the country’s tourist attractions – the Iguazu falls. Iguazu is, as a matter of fact, a series of 150 to 300 different falls, a number that varies based on the season with a changing height of 60 to 82 meter spreading over approximately 3 kilometers edge, and each one as remarkable as the next. Preserved as UNESCO’s World Heritage Site, the falls are one of most stunning natural wonders. Thanks to the extensive network of readily accessible pathways and viewing platforms, you can get very close to this immense beauty.  The site is easily reachable from a flight in Buenos Aires, making it one of the best Argentina tourist attractions. 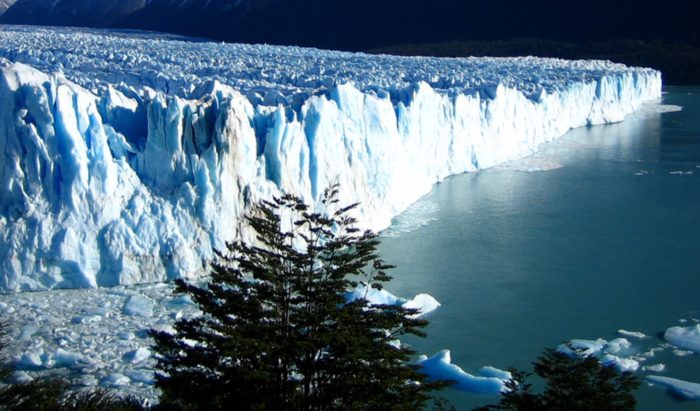 Located in Los Glaciares National Park in Patagonia, Perito Moreno Glacier is a huge ice formation of thirty kilometers stretch and another natural wonder presented by Argentina. The constantly evolving and retreating of the large ice chunks provides a never-ending display of ice cracking, and thunderous clatters as giant ice blocks break off and collapse with massive splashes into the lakes. You can enjoy the show from safe trails and viewing platforms built around the area. The site is around two hour’s motor journey from the nearest town El Calafate. There are some other glaciers in Glaciares National Park, and a boat tour for exploring the entire area is also available. This National park has to be one of the most visited Argentina tourist attractions.

Valdés Peninsula is a world heritage site attributed to its wonderful diversity of wildlife and sea life. It provides the rare opportunity to watch nature’s some of the biggest marine animals in their natural environment, making it one of the finest tourist attractions in Argentina. Set on the shoreline of Gulfo Nuevo, the place is a vital breeding ground for Right Whales and migratory shorebirds like Magellanic penguins. Marine mammals like Sea lions, fur seals, and elephant seals are notable inhabitants of the area. The peninsula is also home to 181 species of birds, among which at least 66 species are migratory. Puerto Madryn is the nearest big town and the gateway to reach the peninsula. 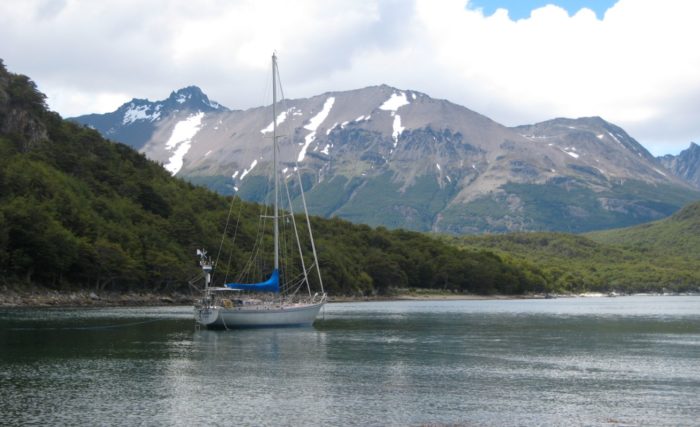 The world’s southernmost coastal reserve, Tierra del Fuego National Park, features lakes, mountains, glaciers and lavish wildlife. You can enjoy the breathtaking beauty of areas by following any of the several routes: walking trails, motor vehicle or by ‘end of the world’ train ride. The most spectacular is the train ride as the train will take you to some distant places where vehicles can’t reach out.  Walking trails head to the beaver dam of the park, a lookout to enjoy the splendid coastal scenes of Lago Roca and Lapataia Bay. Thus, it is easily one of the finest Argentina tourist attractions. 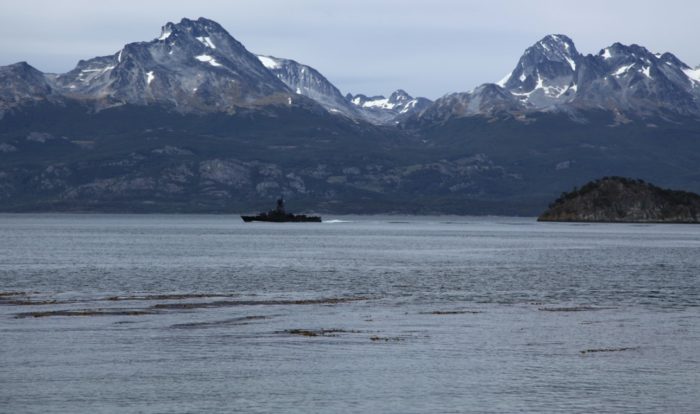 Beagle channel, defining the border between Chile and Argentina in its eastern region, is a strait of Tierra del Fuego Archipelago. The channel was named after HMS Beagle – a ship that took onboard Charles Darwin on his journey to the southern part of South America. The nearest town is Ushuaia, and unique, spectacular landscapes adorn the edges of the canal. The channel is one of the three safe passages in South America between Atlantic and Pacific Oceans.  A boat tour is the best option to enjoy the outstanding beauty of the Beagle Channel with the opportunity to see the sea-lion camp at Isla de Los Lobos. 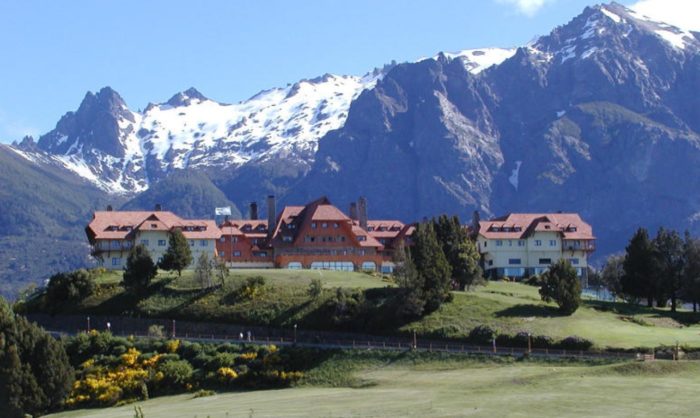 A hotspot to mountaineers and skiers and outdoor activists, San Carlos de Bariloche or shortly Bariloche is located at the feet of The Andes in the southwestern Argentine state of Río Negro. Home to Cerro Catedral – one of the biggest ski resorts in South America with approximately 100 kilometers of ski ground, the city attracts visitors from all over the world. Swiss-style constructions, chocolate shops, picturesque scenery pristine lakes and snow-capped hills make the place look like a hamlet in Switzerland! The surrounding area of Bariloche includes almost everything from wildlife to waterfalls and glaciers to volcanoes, making it one of the most diverse Argentina tourist attractions. If someone is looking for extreme sports like camping, hiking, rafting, climbing – this is the heaven to go for. 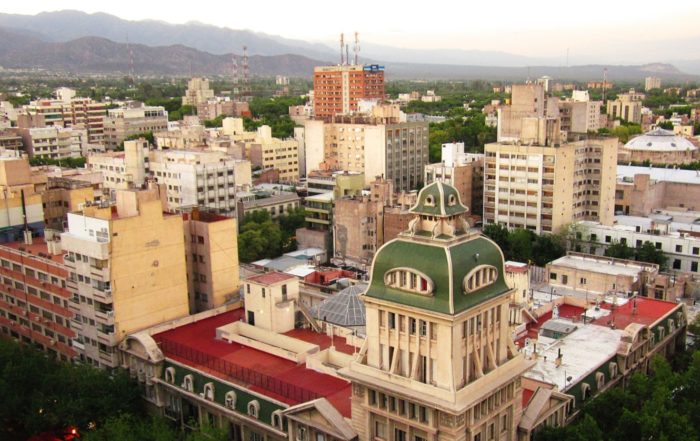 Mendoza is another gem in Argentine natural beauty and very popular with all kinds of outdoor enthusiasts all year round. In summer, the city is crowded by climbers and hikers who typically aim to conquest the Peak of Aconcagua Mountain, one of the renowned Seven Summits and the highest mountain in Americas. When the snow flies in winter, the same area gets popular among skiers who come to ride some of the best ski slopes in The Andes in resorts like Las Leña and Los Penitentes. Mendoza is also famous for wine and olive oil production. The picturesque view of miles after miles vineyard, planted nearly 4000 feet over the sea level on the east side of Andes, is quite captivating and makes the region a popular tourist hotspot. 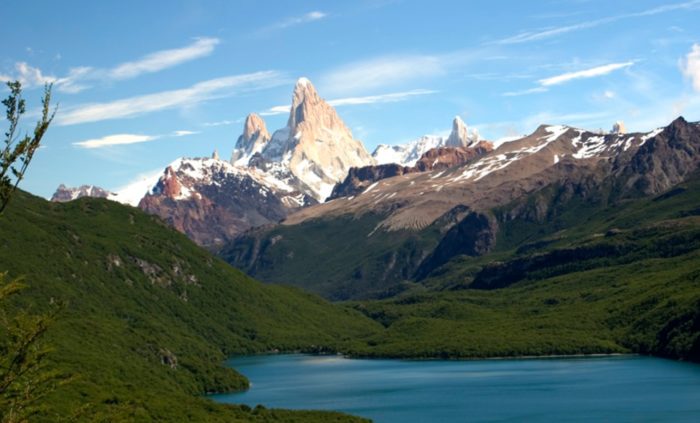 Monte Fitz Roy is a stunningly gorgeous mountain in southern Patagonia spanning the borderline with Chile.  It is one of most iconic points in The Andes and reputably harder to climb than Everest although French mountaineer Lionel Terray and Guido Magnone succeeded to climb it first in 1952. The mountain is encircled by intense ice fields and glacier lakes.  The steep rocks and rugged terrains are adored by alpinists for the great challenge (to climb) and by shutterbugs for great beauty.

Córdoba is Argentina’s second largest city and just a 5 hours car drive from Buenos Aires. Surrounded by picturesque mountains and valleys, Córdoba is well known for its Spanish colonial buildings that date back to 16th century. Of these buildings which are concentrated around Plaza San Martin area, the most notable one is the impressive Córdoba Cathedral, a splendid blend of Neoclassical and Baroque styles architecture. The Cathedral’s root can be traced back to a Roman Catholic Church that was built in the same place in 1580. Attractions of the cathedral, many of which come from the 18th century, comprised of a charmingly ornate inside with fantastic 20th-century murals and frescoes painted by prominent Argentinian artists. These include an exceptional silver communion table, and a significant assortment of gold votive offerings ( Don’t forget to check on the crypts – the last resting place for a good number of famous Argentinians). Thus, this beautiful cathedral is one of the best tourist attractions in Argentina. 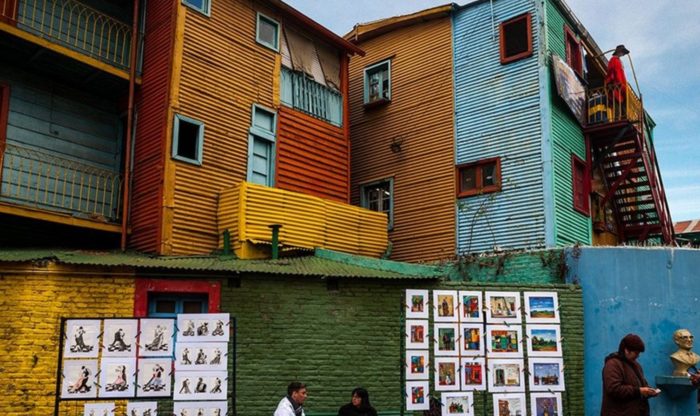 Known as the little Europe in South America, the La Boca neighborhood is an important area in Argentine Capital of Buenos Aires. It is popular because of two prime attractions – the football stadium ‘La Bombonera’ which is the home ground of Boca Juniors football team (the club where Maradona played) and Caminito – the flamboyant artists’ street. La Boca stands for ‘the mouth’ in English; the place has been named like this because of its position on the bank of Riachuelo river which is flowing into Rio de la Plata. Filled with colorful and luminously painted houses, the neighborhood encompasses vibrant streets, restaurants, souvenir shops, and Tango dances on weekends.