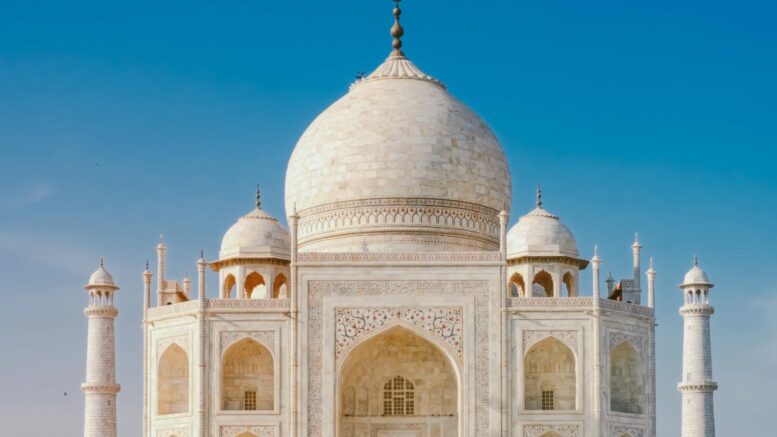 India is one of the most sought after travel destinations in the world, and famous for its heritage sites. India stands 6th with the largest number of heritage sites in the world and is the birthplace to many major cultures and religions of the world. India is home to the founders of many popular leaders and also to several famous spiritual leaders. A large number of tourists visit India because of its history dating back to 5000 years in the past. UNESCO has declared that there are 38 World Heritage Sites in India, including 30 cultural, 7 natural, and 1 mixed, as per the records till July 2019. As India is gaining immense popularity all over the world because of its rich culture and heritage sites, it makes it inevitable to visit the top 20 Heritage places in India, that depict the country’s rich cultural values, history, tradition, beauty, and heritage.

Let’s have a look at the Top 20 Heritage places one must visit in India.

This beautiful White Marble Mughal Architecture is one of the Seven Wonders of the World. The Taj Mahal was built by Shah Jahan in the memory of his wife Mumtaz Mahal, on the banks of river Yamuna in Agra. The estimated cost of completion in 1653 was 32 million INR, which is equivalent to 58 billion INR, today.

The ruins of Hampi, depict the excellent Dravidian style of Art and Architecture, lying within the ruins of the prosperous and ancient kingdom of Vijayanagar, in the Northern Karnataka. The Virupaksha temple is a significant religious monument for the Hindus, along with the Krishna temple complex, Narasimha, Ganesa, Hemakuta group of temples, Achyutaraya temple complex, Vitthala temple complex, Pattabhirama temple complex, Lotus Mahal complex.

The Ajanta Caves were built in around the 2nd century BCE to 650 CE, and consist of the masterpieces of 31-rock-cut Buddhist cave monuments, painting, and sculpture. It marks the beginning of Indian Classical Art and has carvings and sculptures related to the life of Buddha.

This world heritage site is famous for the Buddhist, Jain and Hindu temples and monasteries, and caves that are excavated out of the hills and have rock-cut architecture. The presence of diverse religious temples together symbolizes the tolerance and admiration extended towards different faiths and beliefs in ancient India. It ranges 29kms, north-west of Aurangabad and the can be dated back to about 600 to 1000 AD.

Bodh Gaya is believed to be the holiest pilgrimage spot for the Buddhists as it is the place where Mahatma VBuddha attained enlightenment. The holy Bodhi Tree is where Siddhartha became Gautam Buddha, after attaining enlightenment. The Mahabodhi Temple, which is one of the earliest Buddhist temples, was established in 250 BCE, in the reign of Ashoka.

This famous world heritage site is famous for Black Pagoda and reflects the grand traditional Kalinga Architecture, prevalent around 1250 AD. The Sun Temple at Konark was built by the King Narasimhadeva I of the Eastern Ganga dynasty and is considered one of the largest Brahmin sanctuaries in India.

It is one of the most famous UNESCO World Heritage Sites in India, as it is the perfect example of Mughal Art and Architecture. Built by the emperor Shah Jahan, the fort became a political hub of the Mughals, when the capital was shifted from Agra to Delhi. Red Fort reflects the blending of Indo-Islamic, Timurid, Hindu, and Persian forms of architecture in various facets of the monument, made of red sandstone.

The Sanchi Stupa is located 46km NE pf Bhopal and was initially commissioned in the 3rd Century BCE, by Emperor Ashoka. The Buddhist monuments at Sanchi, are the oldest stone structures in India. Apart from the Sanchi Stupa, there are other monolithic pillars, temples, palaces, and monasteries, and that was an earlier popular pilgrimage site for the Buddhists.

During the rule of the Chola’s these temples in Tamil Nadu were built and stand testimony to the architecture and beauty of the Chola art, culture, and architecture. The three temples, i.e, the Brihadisvara Temple, the temple at Gangaikonda Cholapuram, and the Airavatesvara Temple are the most important and reflect the Tamilian ancient culture and heritage.

Located in Assam, Kaziranga Wildlife Sanctuary, is one of the rare untouched natural areas in India and is home to the world’s two-thirds rhinoceroses and has the highest density of Tigers in the World. It is a project initiated by Lord Curzon and is now one of the most visited UNESCO World Heritage sites in India.

The group of monuments at Mahabalipuram in Tamil Nadu comprises many temples, including the Pancha Rathas Temples, Ganesha Ratha, Cave Temples, and Structural Temples. All these temples are carved out of rock and were built by the Pallava Rulers.

It also includes 40 sanctuaries comprising of the largest open-air-base-relief, i.e, the Ganga’s Descent.

It is also known as the Tiger Reserve and a Biosphere Reserve and is home to the famous Royal Bengal Tigers. Covered by dense Mangrove forests, it is the world’s largest mangrove forest reserves in India, with the largest Estuarine and home to rarely found Salt-water crocodiles and the Gangetic Dolphins, along with other mammals.

This beautiful World Heritage Site was built by the first wife of Humayun, Begum Bega, and consists of several smaller monuments including tombs, numerous water channels, a pavilion, and a bath.

It is an astronomical observatory created by the Rajput King Sawai Singh of Rajasthan, in 1738 CE, and has the world’s largest stone Sun-dial. There are a total of 19 manmade astronomical instruments that were used to calculate the celestial coordinate systems, the ecliptic system, the horizon-zenith local network, and the equatorial system.

This beautiful Ancient Indian Architecture was built in the 3rd millennium BC in the memory of the kings during the Solanki dynasty. This architectural marvel is known for its stepped corridors, sculptures and stone carvings in the well. Devoted to Lord Vishnu, This heritage of India has religious and mythological importance, which is mentioned in the canonical literature.

This spectacular heritage site is located on an island in the Arabian Sea, near Mumbai. Many caves are known for their rock-cut sculptures and carvings, that depict Lord Shiva.

The remains of Stupas, shrines, viharas, etc, are a depiction of the evolution of the Buddhist religion. The Nalanda Archaeological Site in Bihar was the center of learning for formal Vedic learning, where scholars from China, Tibet, Central Asia, and Korea attended their first University education during the 3rd Century BCE to the 13th Century CE.

It mainly comprises of the Darjeeling Himalayan Railway, Kalka-Shimla Railway and the Nilgiris Mountain Railway, and is a World Heritage site in India. These engineering marvels were built during the 19th and 20th century, to provide connectivity in the mountains. They attract tourists because of the beautiful terrain, adventures activities, long tunnels, and other scenic temptations.

Built in 1193, it is one of the most visited heritage sites in India and has several other buildings built in the Qutab Complex. The tall Qutab Minar is 73 meters tall and tapers, from its base to top. This, along with other monuments, represent the earliest known symbols for Islamic Architecture in India.

The above Top-20 Heritage Sites in India offer an unparalleled cultural ebullience for travellers from all over the world. These places in different Indian states, reflect myriad shades of diverse Indian traditions and cultural heritage of India.

Author Bio:Alice Sharma is a Senior Content Writer at Grotal. Grotal is India’s leading online business directory, which meets the requirement of 10+ million customers with 20,000+ service professionals. Her immense flare of writing encourages her to write on current trends and innovations that relate to her fields of interest.