Have you ever taken part in an exciting trip by rail? In fact, almost all countries of this world can be visited in this way, except, perhaps, Greenland and a certain part of the Middle East (and this is only because there are no conditions for this type of transport). It always seemed to me that such trips are very romantic; also, the calming sound of wheels and certain swaying soothe me so much that at night I sleep with a literally infantile dream. And then, when I wake up in the morning, we are already somewhere in a completely different area. This type of travel is now quite common, and I really hope that my article will inspire you on such an interesting and exciting train adventure. 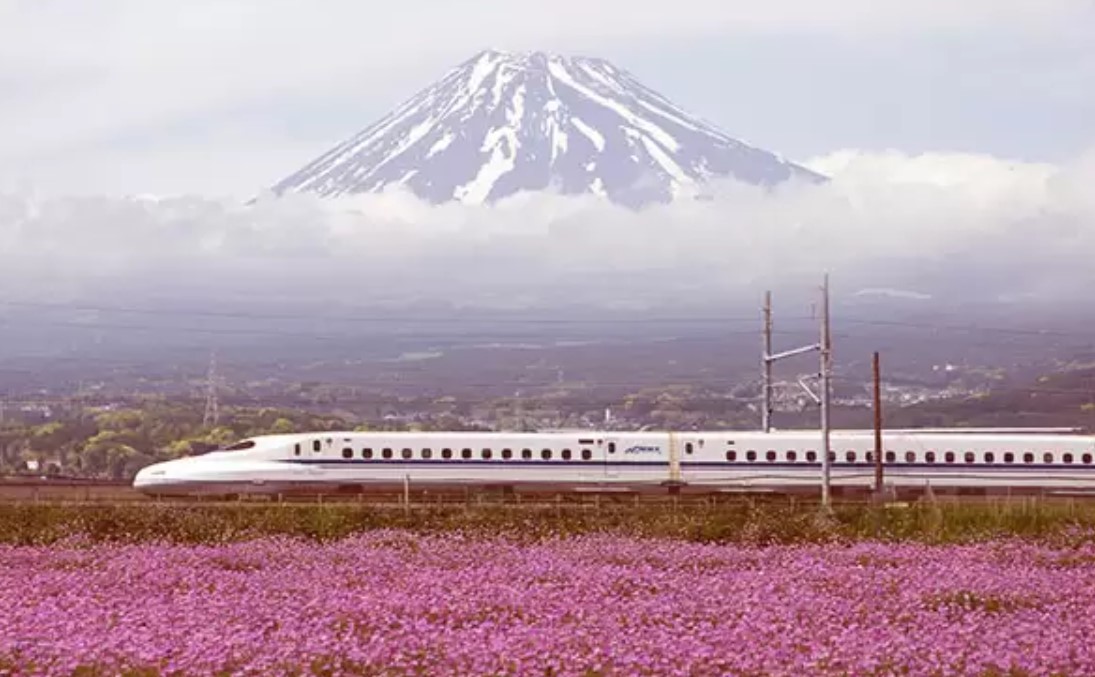 Japan is known for its lightning-fast train, and with the fastest train on the shinkansen, Nozomi, the 515-kilometer route only takes two and a half hours. It is almost too fast for you to see the beautiful landscape outside the train window, where you drive past Fuji Mountain. Another highlight of the train journeys in Japan is the food. Japan is known for “ekiben” – a specific type of lunch boxes sold at trains and train stations. Unique to each region of Japan, the Ekibens are made with local ingredients.

The Trans-Siberian Railway is known as one of the finest train routes in the world, but according to the train expert, the Trans-Mongolian express is chopped finer. It runs much of the same route but turns into Mongolia from Siberia, which allows you to see an even more varied landscape. As the train crosses the border with Mongolia, there are green quilts as far as the eye can see. In China, you can see glimpses of the Great Wall of China.

This stretches from the French, luxurious city of Cannes and follows the coastline across the border to Italy where it ends the journey in Ventimiglia. The trip takes only an hour and a half, and you pass both famous and lesser-known French port cities such as Cagnes-sur-Mer, Juan les Pins, Antibes, Nice, and Monaco. From the train seat, you have excellent views of the great yachts that lie in the harbor along the coast, the long boardwalk before you eventually “climb” up the mountainsides, and slow down the speed at the old Italian train station.

The US is known for road trips along route 66, but it is at least as nice to experience the states from the train seat, where you get an insight into the varied culture and nature of the different states. In two days, it will transport you from New Orleans to the star city of Los Angeles, and you will whiz past the cacti in New Mexico, sunsets in Arizona, and it’s worth a stop in El Paso, Texas where they are known for serving really good burrito at the train station.

This is luxury on rails! The train that runs between Italy and London offers private sleeping cabins and you get a glimpse into the old days elegant train journeys. The trip will take two days of accommodation on board. Not only one here, but you will also be served food made by top-class chefs with silver cutlery and crystal glass. You pass the Swiss Alps, Paris, and through the Eurotunnel.

This stretch has been nicknamed the “death railway” because over one hundred thousand prisoners died while being forced to build the railroad in 1942-1943. This is a beautiful – but also dark – train journey that takes you through the lush countryside and over the famous Kwai River. You also pass many small, colorful train stations along the way.

This is quite an extraordinary train ride, which takes you over 5000 meters above sea level. It runs from Xining in Qinghai Province to Lhasa in Tibet and is the world’s highest railway line. The railway line was completed in 2006, linking Tibet to the rest of China, which was previously a difficult region to reach. Many people suffer from altitude sickness while traveling, even though the train is equipped with a pressure cabin and oxygen gas system. The train stops at Tanggula station, which is at its highest point during a distance of 5068 meters above sea level. You drive past charming villages, high mountains, and lakes.

The train takes it from the noisy metropolis to the villages, where there are meters between each time you see life. It takes you through the Konkan coast with the Arabian Sea on one side and views of the beautiful landscape on the other. The trip takes almost 12 hours and as you approach Goa the train speeds past palm trees and coconut groves. The train line has been named Mandovi Express because the train crosses the river by the same name.

The tour starts in Hanoi and goes all the way to Ho Chi Minh city, but the first part of Da Nang is particularly nice. It starts deep into the metropolis, so you can see Hanoi from the railroad tracks as it whizzes past the high blocks and streets. Gradually you get deeper and deeper into the jungle and you pass small villages. At the end of the journey, the train leaves at the cliffs where you get to see the South China Sea.

Here you will see the Canadian nature at its best. You pass some of the most spectacular mountain formations in the country such as Cariboo and Mount Robson, Skeena River, and Lake Moose. The tour takes two days and stops overnight in Prince George. It is also possible to spot the rich wildlife from the train seat, such as black bear, white-tailed deer, elk, elk, and white-headed sea eagle.