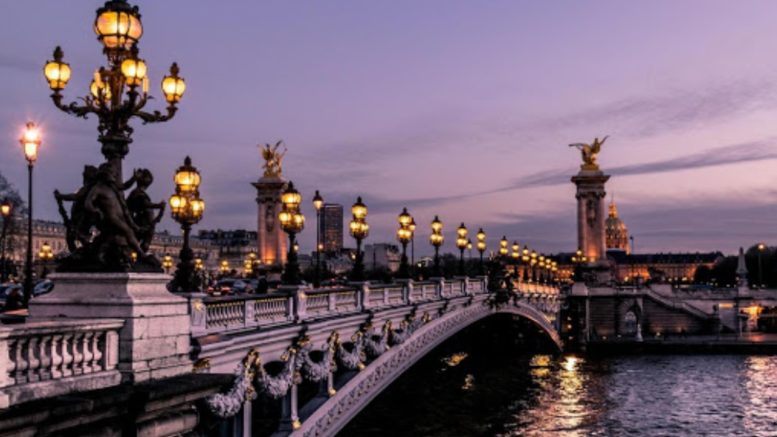 The world’s most romantic country, France has confined the vision of the tourists with its fairy-tale structures and picturesque villages and what not! Attracting the tourists with its diverse climate, France has been successful in capturing the attention of realists and intellectuals with its ancient and classic structure. If you are planning to visit Fantastic France anytime soon, here are some of the best things to do in France.

Dread in the Galleries of the Louvre

The world’s largest and the most visited museum, The Louvre is a town inside a city. Displaying a varied art form starting with the Egyptian and Greek is the treasury to the exuberant Mona Lisa, the cultural vulture waits for hours of attention. I.M Pei’s glass pyramid, a true masterpiece of glass is one of the entrances to the Louvre museum and was commissioned by President Mitterrand. Home to some of the finest art, the Louvre Museum is a collection of ancient paintings that have been carried forward and modified from the previous century. The antiquity of the Louvre is illustrated upon in the three wings with Napoleon III’s lavish apartments being well settled in the Richelieu wing while the Denon and Sully wings being well occupied with the treasures from the Greeks, Romans, Egyptians, and Etruscans.

Walk down the Old Streets

One of the happiest places around the city is the Old Quarters. The exuberant color scheme of medieval Paris and the ambiance of the streets makes you believe in Utopia. The carefree attitude and the flashy hotels that remind you of ‘The Grand Budapest Hotel’ engross you in the magnificent beauty of the vintage romance. The ancient charm of Quarter Latin tends to bring out the historian in you and a walk through the old dark cinematic streets makes you want to capture the moments on your phone under the bright yellow lights while enjoying the smell of bakeries around. As you walk pasts the bookshops at the Latin Quarter, the path leads you to the Baroque Church, Eglise Saint-Louis en I’lle.

Capture the moment as Sunsets on the Eiffel Tower

Considered as the most romantic spot in the country of romance, the Eiffel Tower has been the center of attention and attraction in the country. The Eiffel restaurants add to the romantic getaways with their location and finesse dining. The early evening at Eiffel Tower captures the most beautiful shot as the Sun starts to set while the evening lighting is gentle at the tower. A picture-perfect moment from the Eiffel Tower, the early Sunset is a delight for the eyes.

Spectate at one of the most spectacular stadiums in Europe

Designed by Henry Ploquin to serve for the 1938 Olympics, Stade Velodrome is home to one of the French giants in football, Olympique de Marseille. The French have experimented with their warm welcome with the Orange Velodrome as it is one of the warmest stadiums of the country. Modified with the capacity to seat 67000 spectators, the stadium witnessed the crowd sweat more than the players during the matches. One of the most beautiful stadiums ever built, the heat doesn’t stop the crowd from rooting for their teams while the design and built a structure of the stadium grabs the attention from a far sight. A visit to the French city would be incomplete without spectating a match at this beast-like beauty.

As we think of France, the image that comes in our mind is of dark neighborhoods with beautiful evening lights that add to the charm of the streets with night bars and restaurants. Justifying to our imagined scenery of France and the image that draws tourists to the country, the streets of Pigalle remind you of the French gangster streets in the Martin Scorsese movies. The ideal lightning of the streets makes it one of the prime locations for a photographer and a filmmaker and the ecstatic beauty of the neighborhood makes you stick to it longer than you can imagine.

Bike the way you want

A wish we all had as young kids was an unnamed road with no traffic, no one to stop us, no crossings and no endings to bike our way through the attractive beauty of our imagination. A visit to the Bordeaux area in France may fulfil this wish to some extent. Surrounded by grand castles, as we all saw in the Looney tunes and Disney cartoons, magnificent hills, the segregated path of Bordeaux lets you paddle your way between nature as you dream with your eyes wide open in the natural landscape of the area.

Wander around with artistic pleasure

As you walk down the road, the beautiful paintings make you feel abode, the beauty and the silence pay an ode to the underlying demons of our society who let their vision flowed. Sacred to the artists all around the world, the Saint-Paul de Vence village has been termed as the village of artists. Attracting artists from all around the world since the early twentieth century, the village looks like a montage of the visionary of artists.

Ever had a dream to walk down the red carpet like your favorite celebrity? At Festival de Cannes, get an opportunity to walk down the Red Carpet in your favorite dress in a totally irrational walking style while you get photographed. A festival that has constantly focused on bringing forward the films that are unable to draw the attention of the crowd they deserve, the Cannes Film Festival is the biggest film festival and an evening with celebrities while you get a chance to walk the ramp is something you don’t want to lose your hands on.

Spend some time with Him

A great way to spend your evening in France is to visit the Pyramid of Seas. One of the oldest monuments in the country, the Pyramid has had pilgrims pay a secular visit since the 11th century. A place to spend time in silence, you can reflect back on your life while thinking of some great ideas that a greatly rolled joint wouldn’t be able to suffice.

Enjoy a Candlelit evening in the city of Romance

An evening to remember by in the city of architectural beauties and natural landscapes is the Candlelit night. As you discover the beauties of the city, you will not be disappointed by the overwhelming silence and freshness of the city and a chance to dine in at the Candlelit Castle between 2000 candles surely adds up to the charm of the city and the chemistry between the people present at the diner. One of the most romantic spots for a dine-in with your partner, the Candlelit evening leaves you wanting for more.

That’s how the Pipe Organ sounds

Some of the best music nights you will get to enjoy will be during the International Organ Festival. A festival where some of the best organ players from all around the world come to enthrall the crowd with their performance, the Organ Festival mesmerizes and binds you to it with a long list of melodious performances that make up for the long nights. The festival brings together different cultures and backgrounds with artists representing their art form and background that sum up for a sensational evening in the city.

A trip to one of the most beautiful countries in the world will get you excited and pompous throughout while you witness the beauties of nature and the magnificent brainchild of monuments. Traveling through the dark streets and the narrow lanes will make you stop shop by shop for an experience worth living. A country with exquisite surroundings and limitless options of beautiful sceneries to get you excited, planning your finances and budget would be a major issue as your pre-planned steps will not be much of help in front of delicacies and once-in-lifetime experiences. So, the budget planner will get you sorted whenever your decisions are being controlled by your pocket.